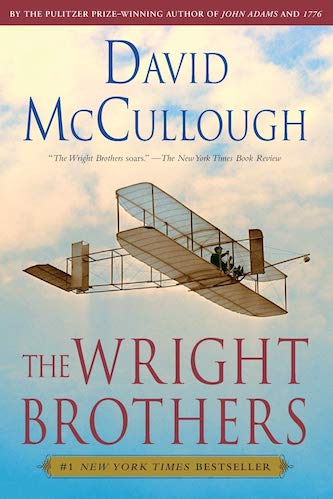 A fascinating story about dedication, perseverance, putting up with ridicule for years and believing in themselves.

I didn't grow up in the US, so the Wright brothers were not the national heroes growing up. They were just an entry in history books—someone you know the names of, but not much more.

Two brothers embodied persistence, dedication to each other and to the cause and unwavering belief in their invention. Both were also very diligent at keeping all kinds of documentation: mainly journals but later also photographs and even video, a rarity at the beginning of the 20th century.

The author clearly admired the Wright brothers. He wouldn't have written about them if it weren't the case. He also gave ample credit to their mother and to Katharine, their sister. What he didn't go into detail about and what he only mentioned in passing were their later patent battles. Because of the brothers' patent wars against anybody that wanted to use their invention, French aviation quickly took over the American one, even though the Americans had a head start.

If you're interested in flying, if you like history, or if you like stories about years-long perseverance that pays off—this book is definitely for you. I had a lot of fun reading it.