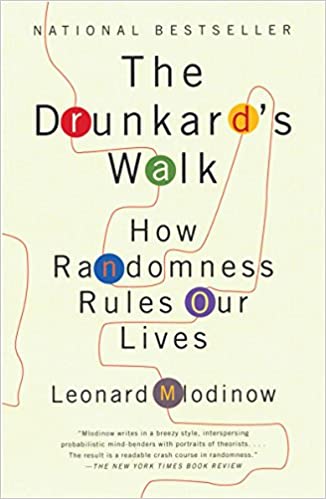 The Drunkard's Walk: How Randomness Rules Our Lives

I have an interest in numbers and in how the mind works. I've read a lot on both topics. Randomness has surprisingly a lot in common with both.

Maybe my interest in these topics is deeper than the average person's, or maybe the book was intentionally basic enough and with limited math elements so that it could be catered to the general public. In any case, I haven't found much new in the book in terms of concepts, probability, statistics.

It had only the very basic concepts explained and didn't go into many details. For example, it mentioned only normal distribution, out of all possible distributions, and made it feel like it's practically the only one and all-powerful. Far from it.

It had a lot of history about how concepts related to randomness were discovered, also many anecdotes about scientists and celebrities, past and present. That was entertaining, even if not very useful.

There's also a lot about the way people think, make decisions and act rationally or irrationally, and how randomness plays a factor in it. That was interesting but because I've already read a lot about decision making, there was practically nothing new for me on this topic. What's more, I feel like every book on decision making is only a shadow or a derivative of "Thinking, Fast and Slow" by Daniel Kahneman.

A few random pieces from the book that I found interesting or memorable:

The biggest takeaway and learning from the book: Take more shots. The more you take, the better the chance of succeeding, even if by sheer luck. And if you've won, don't gloat. If you've lost, don't despair. Both could be determined by random forces. Just take another shot.